Guy de Villardi, comte de Montlaur belonged to one of the most ancient families of the province of Languedoc: his ancestor Bernard II de Montlaur, Lord of Vailhauquès, had fought with Raymond of Toulouse at the First Crusade (1096-1099). The family originates from Montlaur, a 10th century castle North of Montpellier. Guy de Montlaur was Brazilian on his maternal side.

Brought up in Paris, he used to go to the Louvre Museum every Thursday where he found his favourite masters: Ucello, Mantegna, Ghirlandaio, Hieronymus Bosch, Botticelli, Titian, Claude Lorrain, Poussin, Ingres, Delacroix, Courbet, and then the Moderns, in particular, Kandinsky.

Guy de Montlaur studied philosophy at the Sorbonne University and painting at the Académie Julian. Early every morning, he mounted racehorses with the jockeys at Maison Laffite. 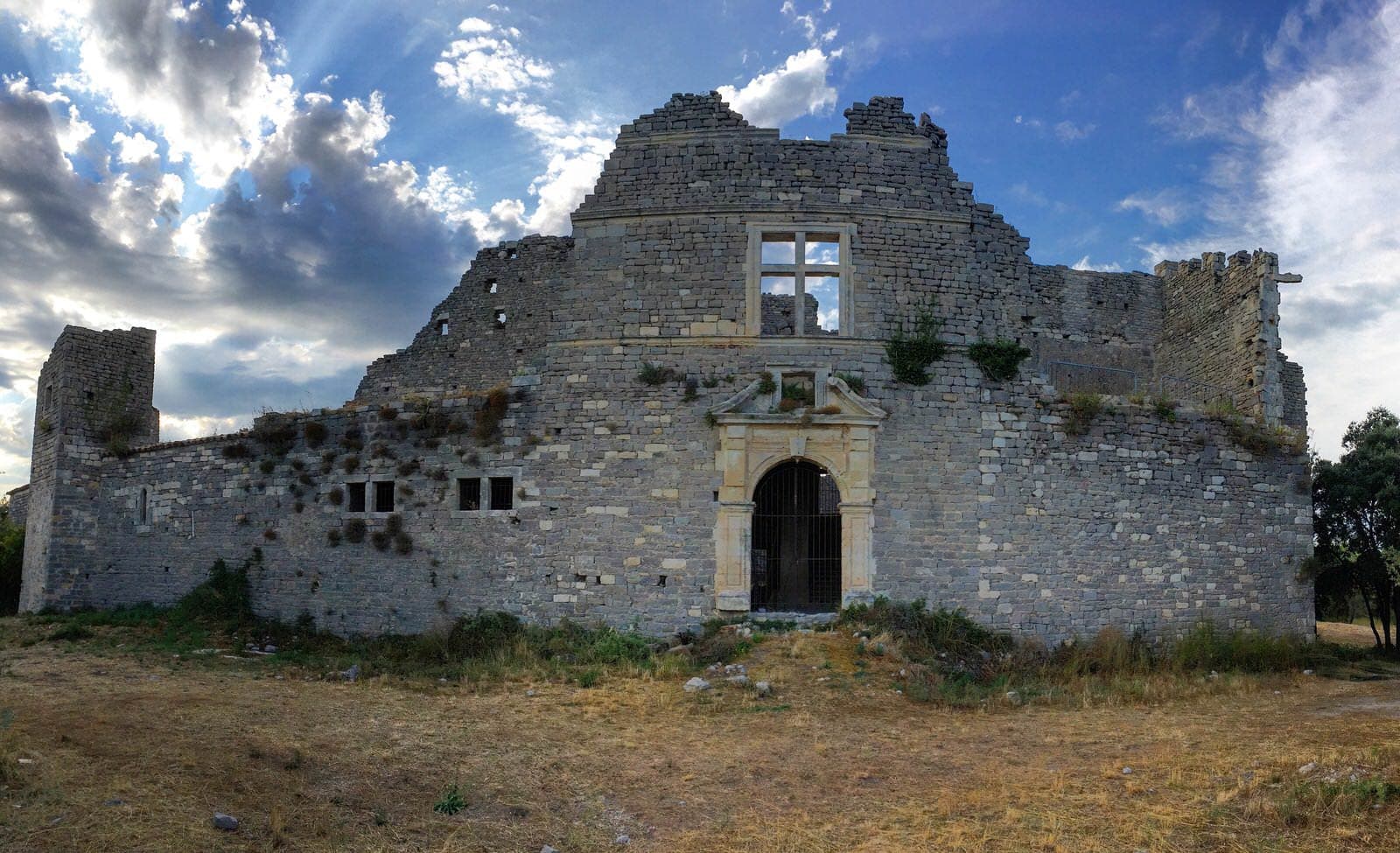 In October 1938, just after Munich, he left for Military Service in a Cavalry Regiment at Saarguemines, on the German border. During the 1939-40 campaign he fought in a reconnaissance unit “Les Corps Francs” and took part in numerous raids across the border. He joined England in 1942, and asked to be incorporated into the Free French Marine Commandos (commanded by Cd. Philippe Kieffer) incorporated into Lord Lovat’s No. 4 Commando. He landed on D-Day, June 6, 1944 in Normandy at Sword Beach (Colleville-Montgomery near Ouistreham). All his officers having been wounded, he took command of his section. On November 1st, 1944 he took part in the liberation of Flushing (Walcheren island, Holland). According to his officer, Captain Guy Vourc’h: “…wounded, he refused to be evacuated…his courage bordered on insolence… He had won 7 citations and the French ‘Legion d’Honneur’ by the age of 25.” 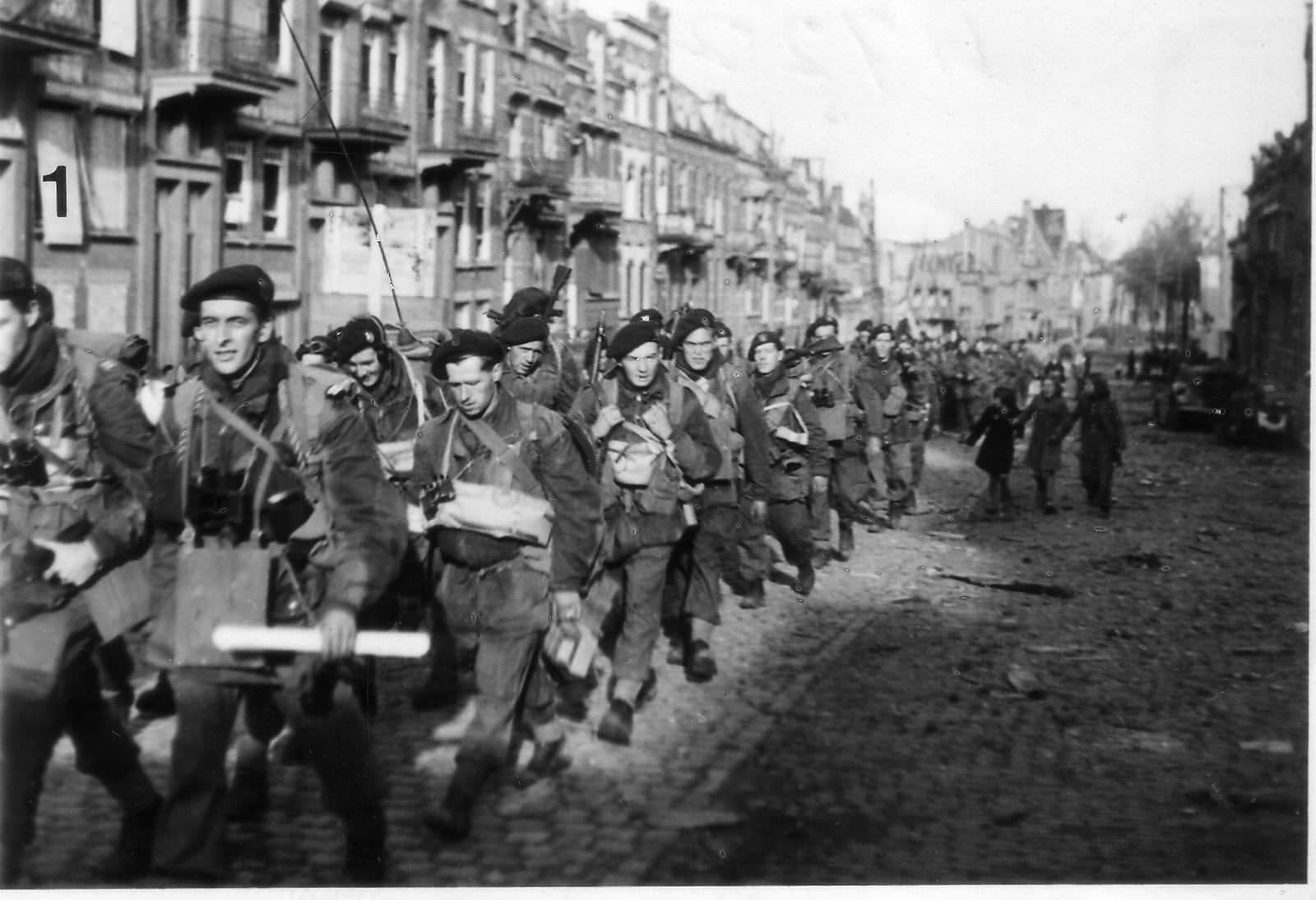 Guy de Montlaur went back to painting after the Liberation of France. He became friends with Gino Severini who gave him good advice. In February 1947 he took his family to New York where he met Walter Pach. He worked at the Art Students League. At the end of 1948 he returned to France and moved to Nice. In March 1949, he had his first one-man-show at the Galerie Lucienne Léonce-Rosenberg in Paris. At that time, he knew Chapoval, Atlan, Schneider, Soulages. In April 1951 and January 1954, he had exhibitions at the Galerie Colette Allendy in Paris. His Cubist period lasted from 1949 to 1953-54.

Next came a period of transition. He moved to Fontainebleau and later, to Paris. He began using the palette knife, breaking down divisions and contours. He was beginning to express his own painting. Years of research towards abstract art finally led him to express his intense passionate nature. But at the same time, the discipline of cubism gave him a strong sense of construction. 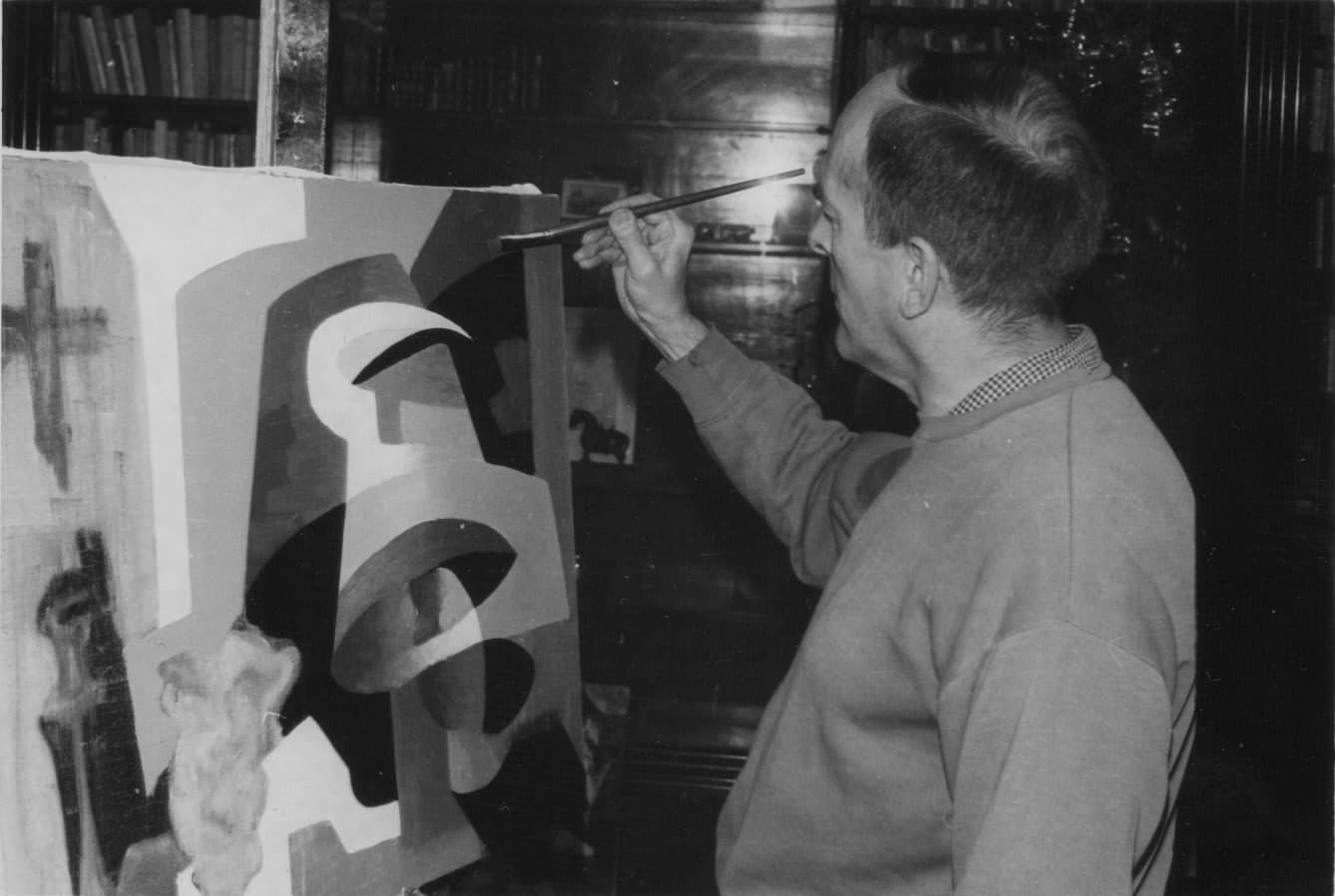 He was inhabited by poetry: his titles came from Apollinaire, Verlaine, Baudelaire, Valery…and music was essential, especially J-S Bach whom he played over and over - the same music during the same painting: “How beautiful is the light of the Morning Star”, “Es war ein wünderlicher Krieg”. Memories of childhood vacations in Anjou gave such titles as “l’île”, “La grande allée”, “Ô saisons ! Ô châteaux”.

His sense of the spiritual in art (“die Geistige in der Kunst”, dear to Kandinsky) pushed him towards solitude. He finally found refuge in the Norman countryside. Between 1975 and 1977 he painted at Franval, his house in Normandy. He died on August 10, 1977. He wished to be buried next to his comrades fallen 33 years earlier, in Ranville, near Caen, the first village to be liberated in France.